In a shared memory multiprocessor system with a separate cache memory for each processor, it is possible to have many copies of shared data: one copy in the main memory and one in the local cache of each processor that requested it. When one of the copies of data is changed, the other copies must reflect that change. Cache coherence is the discipline which ensures that the changes in the values of shared operands(data) are propagated throughout the system in a timely fashion.

The following are the requirements for cache coherence:

Coherence defines the behavior of reads and writes to a single address location.

In a multiprocessor system, consider that more than one processor has cached a copy of the memory location X. The following conditions are necessary to achieve cache coherence:

The above conditions satisfy the Write Propagation criteria required for cache coherence. However, they are not sufficient as they do not satisfy the Transaction Serialization condition. To illustrate this better, consider the following example:

Therefore, in order to satisfy Transaction Serialization, and hence achieve Cache Coherence, the following condition along with the previous two mentioned in this section must be met:

Snooping based protocols tend to be faster, if enough bandwidth is available, since all transactions are a request/response seen by all processors. The drawback is that snooping isn’t scalable. Every request must be broadcast to all nodes in a system, meaning that as the system gets larger, the size of the (logical or physical) bus and the bandwidth it provides must grow. Directories, on the other hand, tend to have longer latencies (with a 3 hop request/forward/respond) but use much less bandwidth since messages are point to point and not broadcast. For this reason, many of the larger systems (>64 processors) use this type of cache coherence.

Snooping is a process where the individual caches monitor address lines for accesses to memory locations that they have cached.

Write propagation in snoopy protocols can be implemented by either of the following methods: 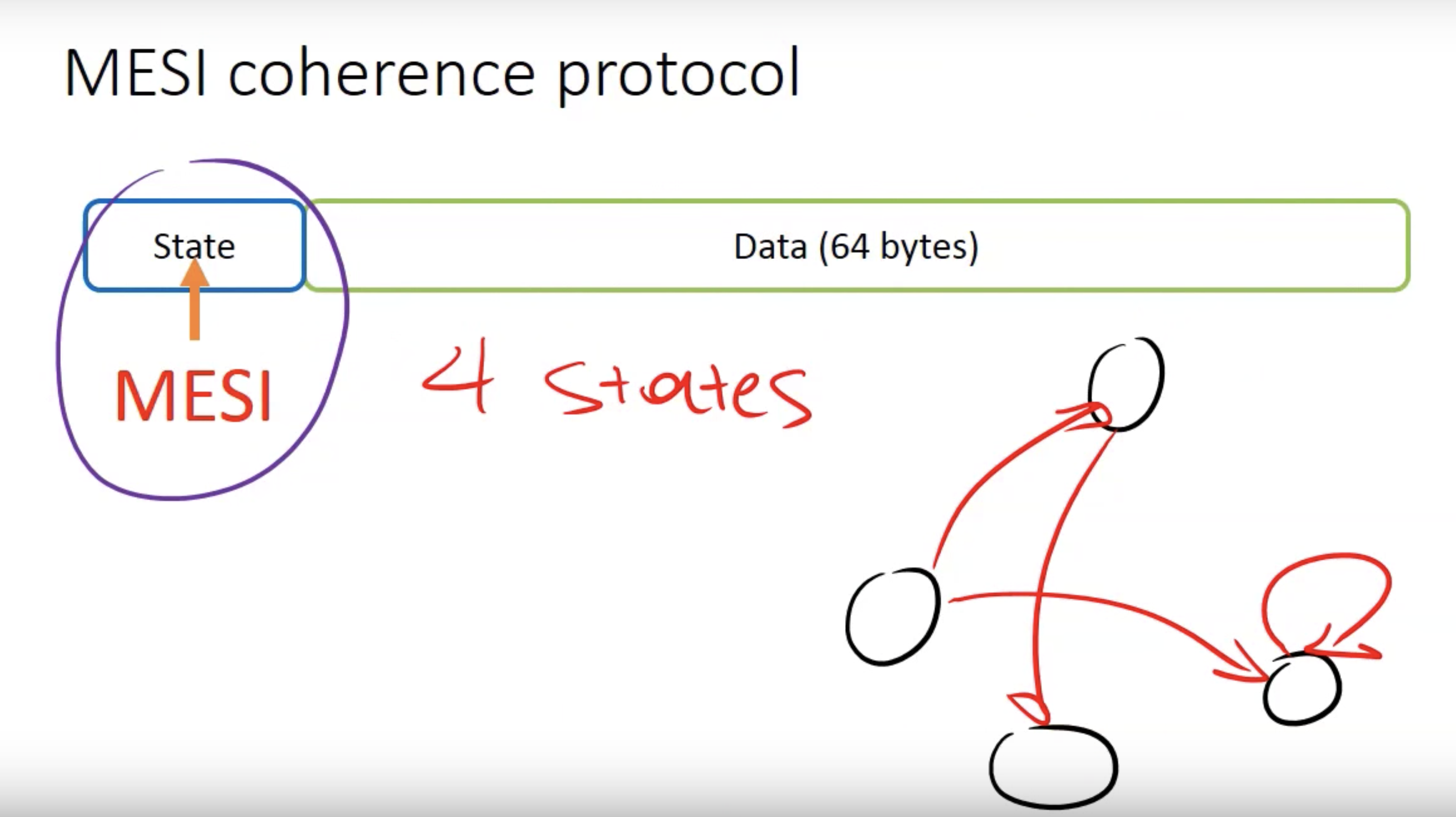 In a directory-based system, the data being shared is placed in a common directory that maintains the coherence between caches.