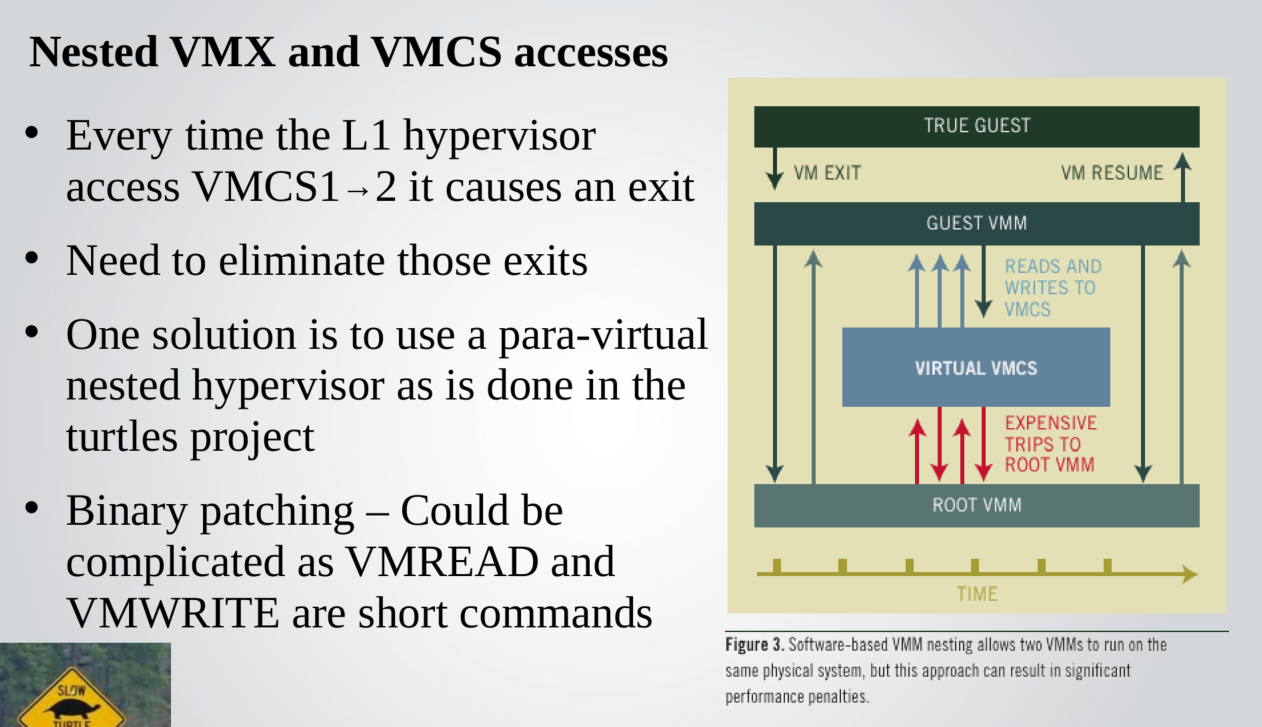 When Intel VMCS shadowing is used, the L0 VMM has no idea which of the more than 130 VMCS fields were accessed, since it was not involved in those accessed. The L0 VMM must therefore synchronize every filed that could have possibly been accessed, even though most of the fields are never touched.

Results from Intel Labs profiling across a wide variety of VMMs, show that approximately 90% of VMCS fields are never read and more than 95% percent are never written. As a result, for most VMMs, a full VMCS synchronization can take approximately 15 times longer than necessary.

Idea: Shadow only the necessary fields

To reduce this synchronization overhead, Intel incorporated an addtional feature into Intel VMCS Shadowing called VMREAD and VMWRITE bitmaps. These bitmaps allow for selective access to the shadow VMCS. The L0 VMM can tune the bitmaps so that the 5-10 percent of VMCS fields that are commonly accessed are written directly to the shadow VMCS, while the very rarely accessed fields are synchronized through the slower path that is managed by the L0 VMM.

By using the VMREAD/VMWRITE bitmaps, the L0 VMM gets the best of both worlds. Nearly all of the accesses go directly to the fast shadow VMCS and very few extraneous fields need to be synchronized.