If the operand is cacheable and completely contained in one cache line, the atomic operation is optimized by less expensive cache locking on Intel P6 and recent processors. If a split lock operation is detected and a developer fixes the issue so that the operand can be operated in one cache line, cache locking instead of more expensive bus locking will be used for the atomic operation. Removing the split lock can improve overall performance.

More information about split lock, bus locking, and cache locking can be found in the latest Intel 64 and IA-32 Architecture Software Developer’s Manual.

This capability may also find usage in cloud. A user process with split lock running in one guest can block other cores from accessing shared memory during its split locked memory access. That may cause overall
system performance degradation.

Split lock may open a security hole where malicious user code may slow down overall system by executing instructions with split lock.

#AC for Split-locked Access feature is enumerated and controlled via CPUID and MSR registers.

Because #AC is a fault, the instruction is not executed, giving the #AC handler an opportunity to decide how to handle this instruction: 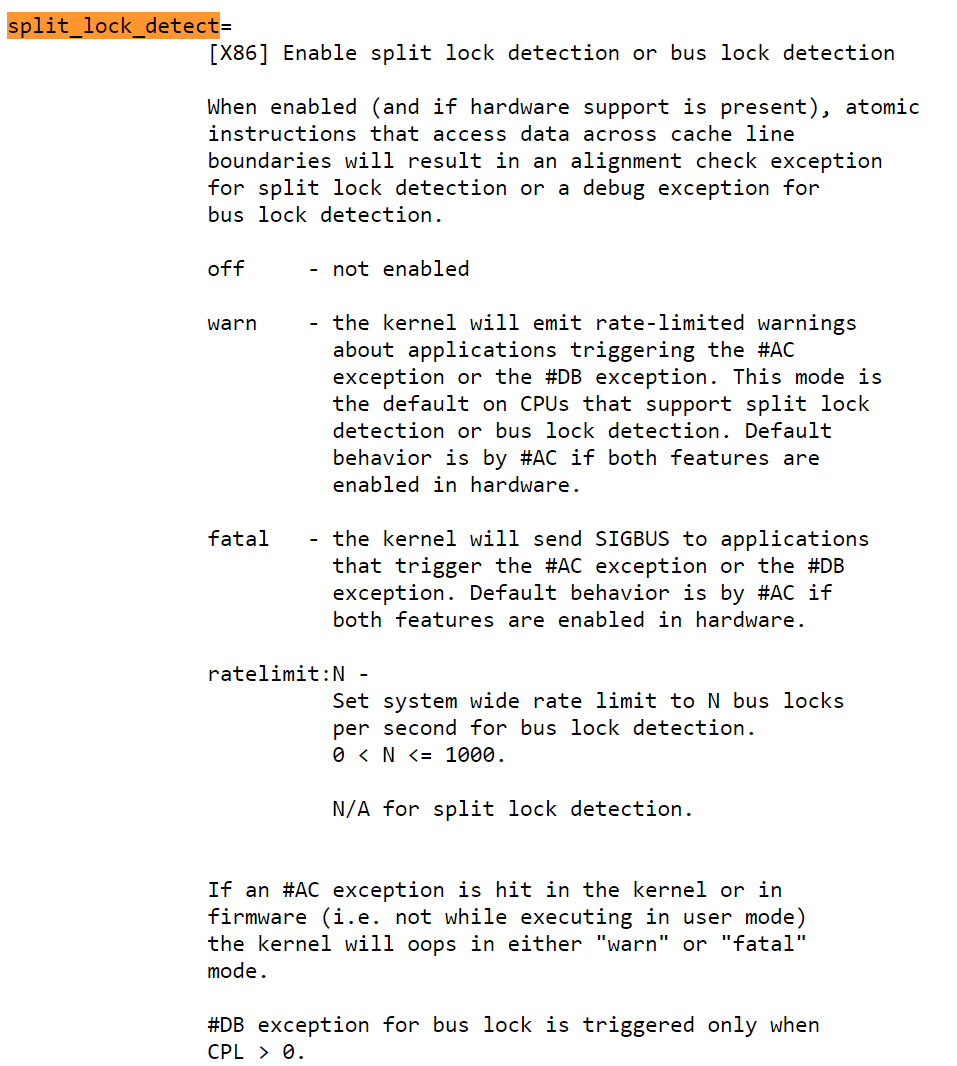 If bit 5 is set in MSR_IA32_CORE_CAPS, the feature X86_FEATURE_SPLIT_LOCK_DETECT will be enabled and “split_lock_detect” will be displayed.